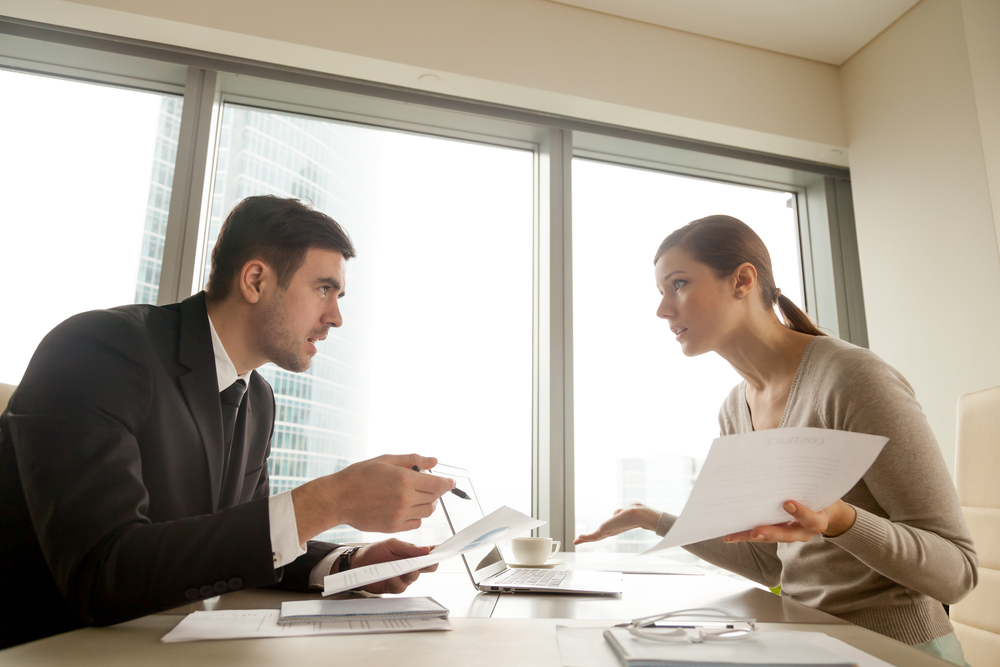 “Uneasy lies the head that wears the crown”, writes Shakespeare in Henry IV, Part 2. Wise executives know that being in charge means making decisions that have significant consequences for others – and that it’s a rough road when taken alone. It is up to leaders to discern for themselves that it’s time to seek out a coach on this ever-changing path. Here are four signs that a leader is ready for a coach.

1. You have a dysfunctional team.
A dysfunctional team is often plagued with difficulty navigating through conflict. Conflict will happen – it can be addressed productively or not. Signs of counter-productive conflict are passive-aggressive reactions, pushing away from and avoiding the conflict or the subject of the conflict, or encounters being tainted with feelings of being personally offended or holding grudges. All of these responses are common and are human nature. Conflict is scary to humans and until we work on ourselves as individuals, getting to know our conflict triggers and that of our teammates, we will be unable to have healthy conflict and therefore, a high-performing team. According to Personal Strengths Publishing, conflict costs companies $359 billion per year.

When you think of conflict, arguments, disagreements and the like may come to mind. This is not always indicative of conflict. Conflict relates to how day-to-day conversations and interactions that bring out differing opinions are managed, especially the ones that are avoided because leaders sense they may result in an unpleasant clash. Instead of facing the potential conflict, they often pull back and “stuff down” their opinion, while re-playing a story in their heads that their way is better, or finding things that are wrong with the decision that’s been made. These deadly silences can distance the team and lead to dysfunction. As a leader, you are contributing to the dysfunction through your own conflict pattern.

2. A new level of company growth and financial targets are on the horizon.
New challenges require new behaviors and thinking. What got you here won’t necessarily get you to the next level. If you are challenging your team to achieve higher results or to do something that’s never been done in your company’s history, the need for new approaches is amplified. How are you going to employ new thinking and bring it about in your team? When you rely on what you’ve done in the past, you will produce the same results, because your thought patterns are the same – like grooves in a vinyl record. Those patterns won’t change just because you want them to.

New thinking starts with YOU. You’ll need to get out of those vinyl record grooves and carve new ones to refine your leadership skills and change your thought patterns. This happens when you hire a coach to challenge thinking, examine thought patterns, and work with you to expand and enlarge them. Our brains are truly tiny in their ability to comprehend the massive growth that’s readily available, constantly looking for recurring patterns and finding comfort in repeating them. It is NOT human nature to continually challenge and expand our thinking and performance. If you think you are an exception, perhaps you are, but how do you know what heights you could reach by being challenged?

The good news is that science can help. Using Neuro-Linguistic Programming (the science of the words you use and choose not to use), our coaches open neural pathways to expand your thinking — fast. The secret lies in the method coaches use to ask questions that get the brain to open up and grab hold of new ideas and concepts. In fact, clients, including those from major companies, constantly say, “Wow, this is amazing. I never realized how small and stale my thinking was.” Truly effective coaching gives company founders of such behemoths as Amazon, Netflix, Google, and SpaceX their edge. Take note of how they think and interact with their teams, compared to your norm.

3. There’s no plan for promotion and succession.
Only 20% of companies are actively naming and developing successors and have a plan in place that’s being followed. There’s a tremendous lack when it comes to developing individual team members such that they can be promoted into roles that provide the opportunity to be considered for succession. The rule of thumb is to target five successors for each leader, promote them into roles where they can get the experience needed to try their hand, and see what they are capable of. This is the most effective way of ensuring successful succession, rather than targeting and naming a single successor, believing they have the right “stuff,” then praying they work well when they assume the new role. All too often, they don’t.

In order to move up, move onto something else, or retire – and reach your goals – the company should be structured so that everyone can move into the next position. For this to happen, the entire team needs coaching, both individually to develop the leadership ability and performance of each person, and as a whole to develop cohesive cooperation. Coaching can also facilitate mining for healthy debate and thought diversity, which leads to better decision-making. These changes don’t happen of their own accord, nor can you alone bring them to bear.

4. Everyone is saying yes.
If everyone on your team is saying yes, there is a problem. This indicates you are in or have created a zero-feedback environment. This often happens with CEOs or members of senior leadership teams – those who have the greatest impact on everyone in the organization. They and their work can benefit greatly from feedback, but it is rarely received. Do you get feedback about your performance from others, apart from board members? Typically, the higher you ascend, the less feedback you receive.

Through our proven Power PathwaysTM approach, a Velocity Leadership coach will provide feedback that is of genuine value —feedback that is based on scientific methods of uncovering and rewiring behavioral patterns that impede effective interaction and optimal performance. Where else might you get this type of feedback? Not in a peer or professional group, not from colleagues, and not from friends. Velocity’s executive leadership coaching also provides a safe space for you to bounce ideas around without judgement or ramification. You’ll also get dedicated time to focus on your leadership development and talk through and get help with what you are working on, with someone who is in your corner and keeps everything discussed confidential.

Do any of these four conditions exist within your company? What impact are they having on you, your team, and even the bottom line? Velocity Leadership Consulting’s unique, science-based, executive leadership coaching can change the trajectory of your company and your future. Contact me personally to discuss how you can embark on a new path to sustainable change.